Ester, the founder of Europe4strays is the happy adopter of Max ...originally named Tarzan.

I would recomend to anyone to adopt a romanian stray, these dogs have special souls and literally steal your heart! Most of them had a very bad start in life, maybe caught in a brutal way by a romanian dog catcher or starving in the streets these are traumas that only with the time lots of patience, love and care will hopefully fade away.

My introduction to Boris (now called Boz) was through Ester and Tina visiting a poor shelter located just outside Constanta, Romania.

He was a poor c creature who huddled into himself. He was very thin and had Sarcoptic Mange. When I saw him, I didn't think he had long for this world.

Ester was hoping to rescue Axel, so we made the decision to rescue them both.

Neither dogs had received even the basic of veterinary treatment. No worming, no

De-fleeing .. . . . . . Nothing. Food was scarce and based on how Boz has behaved since being with me, food was fought for and fear that someone would attack and take your food was ever present.

After 8 weeks of trying to get Boz away from this hoarder who said he was aggressive and couldn't be rehomed, a local vet drove to this 'shelter' and collected this troubled boy. But even then, the person would not release him until I paid. The vet was there waiting so I happily paid and off Boz went to the clinic in Constanta where he remained for three weeks until ready to travel.

Boz has been my biggest challenge as he was frightened of ME and everything !

We are now 7 weeks into our journey and he loves me! This is the best feeling

Boz was found by our team in these awful conditions.

Boz once rescued spent 3weeks in a vetrinary clinic to take care of is mange.

Tina adopted Zoe. This little tiny pup left her rough past behind and she is now enjoying her fabulous destiny in Sweden! 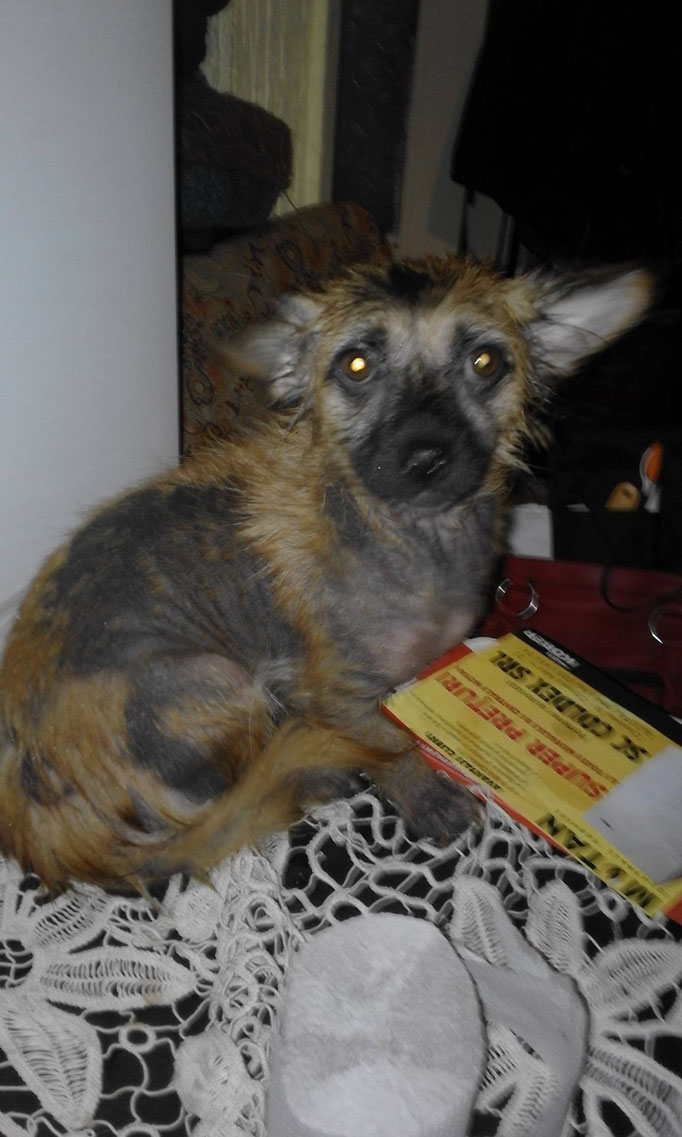 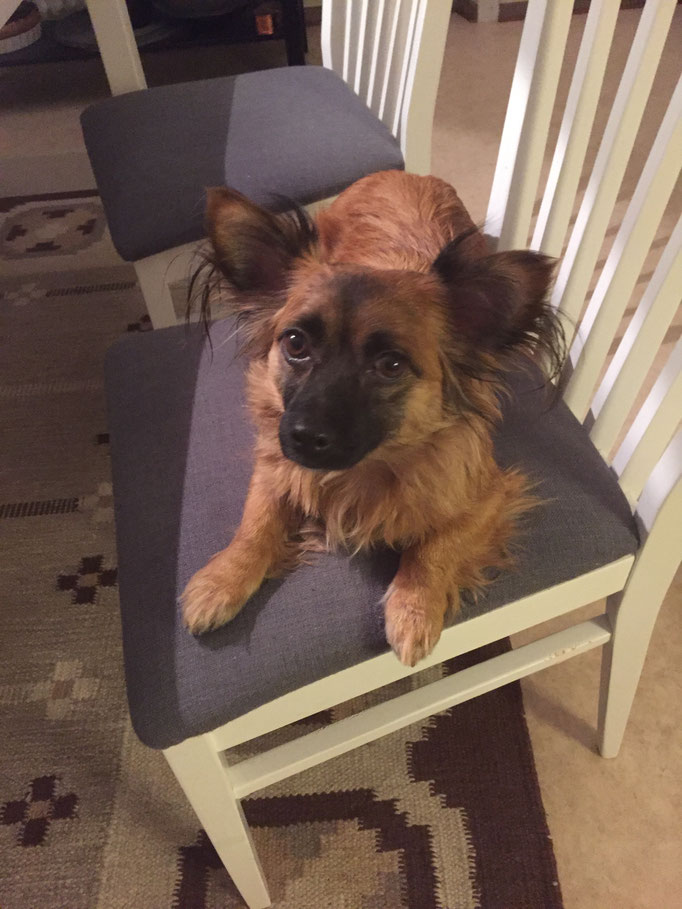 She has been rescued by Maria Aurora Nedelcu on October 2015.

She left Romania for her forover home on August the 8th. She lives in Clacton on Sea. Here she is in her new beautiful house.

Flynn and Eppie (Happy) ADOPTED TOGETHER

Europe4strays took in charge their rescue on June 2016: They have been collected from 2 different cities in Romania Costanta and Brasov ....brought to "Laika Global rescue shelter" in Panciu where they spent 3 months safe while waiting to leave for their foster place in UK. Thank you to our donors that trust in our experimented and serious organisation, we have been able to fund Flynn and Happy rescue paying more than 500€ for the paperworks and transports costs.
Flynn and Eppie (renamed) are 2 lucky stars they have been adopted by a wonderful couple Joy and Roger that drove for hours to go and pick them up in Devon.
Flynn was their first choice but then they met Eppie and fall in love again.

This is the fairy tale of a stray dog rescued from the cruel streets of Romania that through a series of fortunate events leaded him to the most wonderful and loving British family. Here is our Beautiful and Smart boy Oskar during his first walk in UK.

This our Bianca renamed Flossy by her adopting family in UK. We are particularly attached to this rescue as all started when we first met Flossy on june 2016 during our yearly trip in Romania but we weren't able to pull her out immediately from the poor shelter conditions. Few months later her rescue, Flossy could finally be sent to a private  kennel club in UK and after 3months she has been adopted. (on Febraury 2017)

Theo is a gorgeous male dog saved from very awful conditions shelter in Romania, Galati Ecosal public shelter. Europe4strays fell in love at first sight and decided to change his fate. Theo arrived in UK on december 22nd and got immediately adopted by Karon and Ceri. Here you can see him happy smiling with his family. We are very grateful to Theo's family as They took in charge unexpected expensive veterinary bills due to health issues following his arrival. We are kept regurally updated by the adopters and we stand right next to him to a full recover. We love you Theo.

You can also use your PAYPAL account to donate any amount.